You were always a huge fan of Kibler & Kirch.  Tell us about your first visit.... 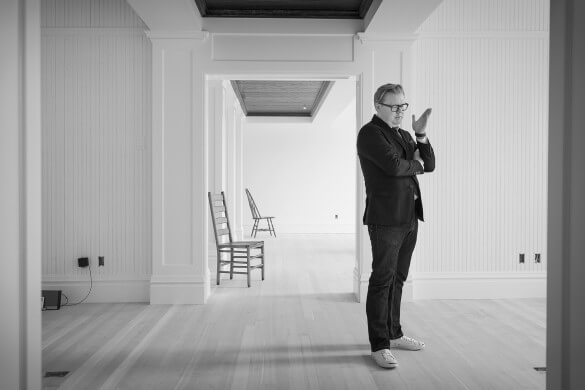 You were always a huge fan of Kibler & Kirch.  Tell us about your first visit.

I discovered Kibler & Kirch during high school. I’d just moved to Montana and visited Red Lodge. I walked into the store and just knew that the person who had made that store, bought those things, put everything together—that we were of the same heart. I just “got it” in my bones. I felt immediately at home, and this was a long time before I met Rosina. We are design soulmates in a way. We don’t even have to talk, we sort of know the same things, and are always drawn to the same things.

During our interview with the founders, Rosina said you were a “perfect fit” for Kibler & Kirch. Why do you think that is?

There is an amazing continuity that happens between our designs, tastes, and ideas. It’s almost like there was no change of leadership. It’s very much an even keel. I can’t imagine many other ownership transitions that would be so seamless. That took real patience, though. It took effort not to reinvent things that didn’t need to be reinvented, especially before I knew why things were done the way they were done. It’s important to respect and truly learn what has been done before going in and messing it all up. I have big shoulders to stand on.

How did you come to be Creative Director at Kibler & Kirch? Erica and Rosina mentioned it was quite a crazy story.

I came in with my wife, Catherine, during the retirement sale. We were expecting our first baby and there was a rocking chair that we wanted for our nursery, but in a custom fabric. I asked a woman dusting shelves if we could do a custom order and she explained that they were retiring and thus couldn’t take special orders. This woman turned out to be Rosina, who is NEVER in the store, always in the design studio.  So, that was wild enough. I said to her, “Doesn’t someone want to buy this place?” Rosina said, “Well, if you know someone have them come talk to me.” I left the store just so sad that Kibler & Kirch was going to close, this great institution, a place of great quality over and beyond any other place in this part of the world. The thought that it was going away made me sick to my stomach. So, we walk out of the store down Broadway where we see Catherine’s dad, Richard, which is like lightening striking because we are never in the same place. I tell him that Kibler & Kirch was closing and say something to the effect of, “We can’t let his happen; I know what to do with it!” And that was–even though the economy was poor–to invest in expertise and design capacity, weather the recession, and be there more ready than ever when people start building or remodelling again. He provided the financial wherewithal to make those investments.  I work hard but he gets so much of the credit for saving Kibler & Kirch.

That time has come! You just opened up a new design studio in Billings. What does that mean for Kibler & Kirch?

We have grown so much in the past years, our design side is expanding and we’ve been asked to do a lot more commercial projects. I started sketching plans for the Billings Design Studio nearly three years ago and oversaw every minute of the project; it’s my design baby. It took two years of construction, but it’s truly world class and gives us an opportunity to service more people and different types of projects.  I hope people love it!

Are you ready to carry the Kibler & Kirch torch for the next 25 years?

I’m not even thinking about 25 years; I’m thinking about 100 years. I want to build something that transcends, a kind of houses of design in the spirit of the great fashion houses of Europe–Chanel, Hermes–but in the interiors world, of course.

Something you can hand down to your two adorable girls someday?

That’s my highest hope, that I might build something that my girls would want to be fabulous at and take over. I’m not sure that I will ever have that; but a dad can dream can’t he?